The fifth movie we watched was called ‘’The Help’’. The movie is actually based on a novel (written by K. Stockett in 2009) and its scenery took place during the Civil Rights Movement in the 1960s. The film reached a critical and commercial success worldwide, and has received quite positive reviews throughtout the past years.

‘’It seems to me that, if The Help is (as it seems) an accurate depiction of the segregated South of post-WWII America, these contradictions and the sub-text of sublimated racial tensions, must have been absolutely exhausting for both sides of the colour line.‘’

When comparing the historical side of this movie to the actual facts written  on paper, it is seen that many connections can be drawn and some scenes in this movie can be linked to actual events that happened in human history. When doing research on this movie, I found many subtopics that the writers might have taken inspiration from. Starting with segregation, the problem of racial discrimination was clearly brought out in some scenes of this movie. The scenes with the toilets in the movie symbolize everything that’s wrong with society when it comes to civil rights. People were afraid they would get diseases from the black people if they used the same toilets and therefore created separate bathrooms for the colored people. There was also a scene where Aibilee mentioned that her cousin’s car was set on fire when he went to the voting station, showing the discreet norms that were set during the civil rights era.

‘’Aibileen manages to keep it genuine as she creates a bond with one of the children she cares for telling her ‘you is kind, you is smart, you is important’ this was an important relationship in the film because it educates the audience about the emotional bond that developed between maids and those that they cared for.’’

I can totally agree with this argument. Despite her seemingly difficult and discriminated situation, Aibileen still managed to show affection towards the child she was taking care of. The bond between Aibileen and Mae was incredibly portrayed in the last scenes of the movie, when Aibileen was fired for being accused of stealing silverware from the family’s house. As Aiblieen was about to leave, she asked Mae to repeat the phrase once more, telling her to continue living her life according to the morals she taught her.

There was one scene in this movie that I found particularly thought provoking. It was the scene where Aibileen tells Mae Mobley a ‘’Secret’’ stroy in which she alludes to Martin Luther King Jr, promoting equality for black and whites. The script goes like this:

With that story, Aibileen tries to explain that everyone deserves to be treated fairly and not judged by the color of their skin. This message was a major part of MLK Jr’s platform for racial equality.

For my visual representation of this time period, I chose a picture that portrays racial segregation during the civil rights era. In the picture above we can see two wash basins, both of them labelled according to which race it’s meant for. The root cause of this situatuon were the Jim Crow Laws, that were local laws that enforced the segregation in the Southern states. The laws stated that black and white people had to attend different schools, restaurants, bathrooms, and made sure blacks were discriminated when using public services. In 1896, the Congress stated segregation to be legal as long as both of the races were treated equally, but there was a stark difference between the facilities and accommodations meant for black and white people. The sergregation affected black people by preventing them from using various facilities, lowering their chance of job opportunities and raising the risk of disease and poverty.

The Civil rights movement was a struggle for social justice that took place mainly during the 1950s and 1960s. It’s main goal was for blacks to gain equal rights under the law in the US. The Civil War had officially abolished slavery, but it didn’t end discrimination against blacks.

It invloved a diversity of approaches, from bringing lawsuits in court, to lobbying the federal government, to mass direct action, to black power.

The efforts of civil rights activists resulted in many substantial victories, but also met with the fierce opposition of white supremacists.

Before ww2, most blacks were farmers or factory workers. By the early 1940s, most black still weren’t getting better paying jobs.

Thousands of blacks threatened to march on Washington to ask for equal employment rights. President Roosevelt issued Executive Order 8802, that opened national defense and goverment jobs to All Americans regardless of race.

March 7, 1965 – 600 people participated in a march from Selma to Montgomery to protest the killing of a black civil rights activist by a white police officer.

As they neared to Edmund Pettus Bridge, they were blocked by Alabama state police. Protestors refused to stand back and were beaten and teargassed by police, dozens of protestors were hospitalized.The entire incident was televised and became known as Bloody Sunday.

Linda Brown, a third grader, was required by law to attend a school for black children in her hometown of Topeka, Kansas. To do that, she had to walk six blocks, crossing dangerous railroad tracks to board a bus that took her to her school. Yet, only 7 blocks away was sa school attended by white children. Her father Oliver Brown encouraged a lawsuit against the Topeka school district.

By the time the Brown’s case made it to the US Supreme Court in 1954 it had been combined with four other similar school segregation cases into a single unified case.

A 42-year-old woman named Rosa Parks sat on the bus to go home after work. (Segregation laws at the time stated that black must sit on the seats at the back of the bus.)

A white man got on the bus and couldn’t find a seat in the white section. The bus driver instructed Parks and three other blacks to give up their seats.( to add another row to the ‘’white’’) Parks refused and was arrested.

“People always say that I didn’t give up my seat because I was tired,” wrote Parks in her autobiography, “but that isn’t true. I was not tired physically… No, the only tired I was, was tired of giving in.”

In 1868, the 14th Amendment to the Constitution gave blacks equal protection under the law. Two years later, the 15th Amendment granted blacks the right to vote. Still, many whites were unhappy that their former slaves were now on an equal playing field. To keep black separate from whites, ‘’Jim Crow’’ laws were established in the South:

THESE LAWS WEREN’T ADOPTED IN THE NORTH

The March on Washington was a massive protest that took place in August 1963. 250 000 people gathered in front of the Lincoln Memorial in Washington DC. The event aimed to draw attention to inequalities faced by African Americans a century after emancipation.

In 1941, A. Philip Randolph planned a mass march on Washington to protest blacks’ exclusion from ww2 defense jobs

In the Mid 1950s. Randolph planned another march  in 1957, hoping to capitalize on King’s appeal and harness the organizing power of the NAACP. There were many speakers in the march, includis King’s ‘’I have a dream’’ speech

King agreed to speak last, as all the other presenters wanted to speak earlier, figuring news crews would head out by mid-afternoon. Though his speech was scheduled to be four minutes long, he ended up speaking for 16 minutes, in what would become one of the most famous orations of the civil rights movement—and of human history. 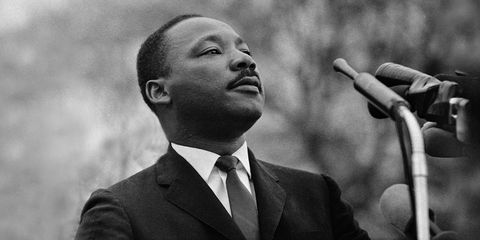 The Black Power Movement of the 1960s and 1970s was a political and social movement whose advocates believed in racial pride, self-sufficiency, and equality for all people of Black and African descent.

On June 1966, James Meredith, who was one of the first African Americans to attend university of Mississippi, was shot in an ambush as he tried to complete his peaceful march. Civil rights leaders rushed to her hospital bed and decided that his march must be completed.

At a mass rally, Carmichael uttered the simple statement: “What we need is black power.” Crowds chanted the phrase as a slogan, and a movement began to flower. Soon, African American students began to celebrate African American culture boldly and publicly. Colleges teemed with young blacks wearing traditional African colors and clothes.

That same year, Huey Newton and Bobby Seale took Carmichael’s advice one step further. They formed the Black Panther Party in Oakland, California. Openly brandishing weapons, the Panthers decided to take control of their own neighborhoods to aid their communities and to resist police brutality. Soon the Panthers spread across the nation.